This is my continuing happy ending story. If you have read my previous post then you will know the start of the story and if you have not then take a look.
I had a selection of very small cabochons left over from a previous firing and with the idea I had before I thought I should have a go at repeating the previous firing outcome.
I spent about a hour choosing and cutting narrow strips of dichroic glass and then choosing how to use the cabochons.
Oooops, I haven't told you what my idea was after breaking the narrow drop pendant. Well, when the pendant hit the diamond file and broke in two and after the initial swearing LOL. A image flashed into my mind of two drop earrings. And that's how the idea started.
The following pictures show the new drop earring pre-fired along with some extra narrow drop pendants. As you can see, I did not want the small cabochon to melt completely into the base glass so they were placed on the center of the kiln tile. This is slightly less hot than the edge of the tile. 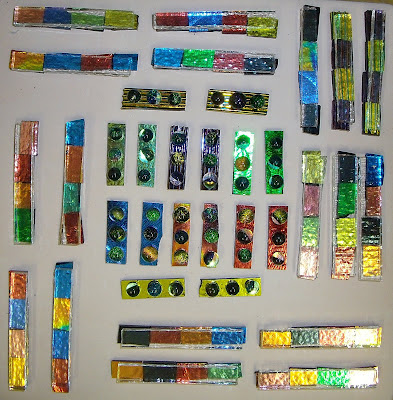 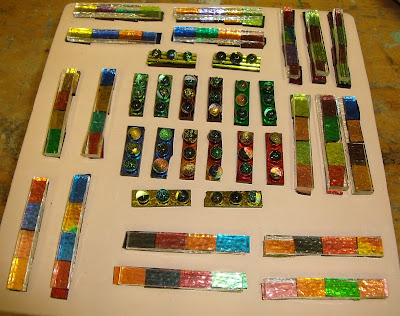 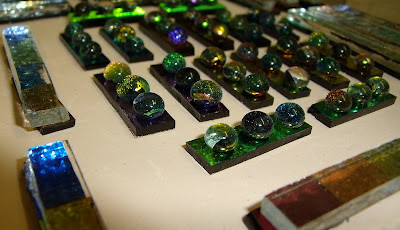 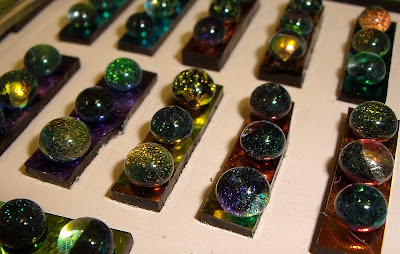 After a very quick kiln heat ramp of 830C (1526F) per hour and no soak time. I started the kiln off to reach 800C (1472F). This took about 53 minutes and at that point the heating turned itself off and I crash cooled the kiln to about 350C (662F) by opening the door about a inch. I then kept the door closed for about 20 minutes to anneal the glass and then opened the door again so the heat returned to room temperature.

The fused cabochons looked amazing, colours were better than expected and the resulting big smile on my face showed everything.

As you can see from the pictures below, these new designs are quite different and Sue my partner came up with a name for them.

These knobbly drop earring are know called "Jazzmataz". They are quite quirky as the backing glass matches in pairs but the knobbly bits are all different. I really liked that idea but I know some like order and symmetry. 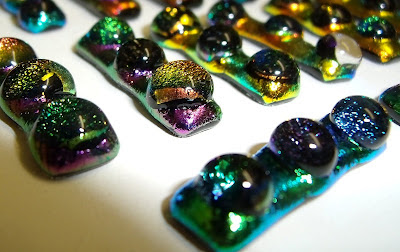 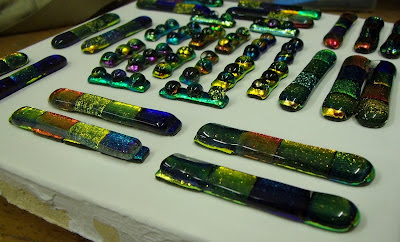 Here you can see the most beautiful colours that I have done. At last a red that stays red after firing, now that's another story...... 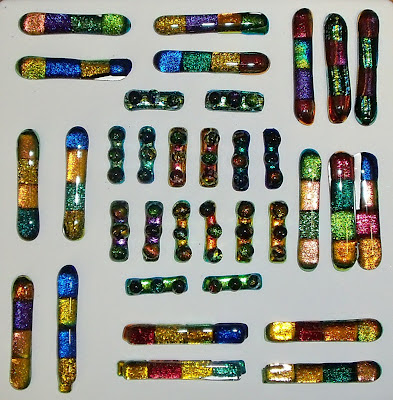 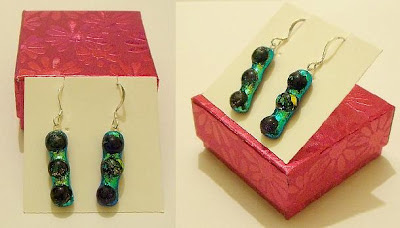 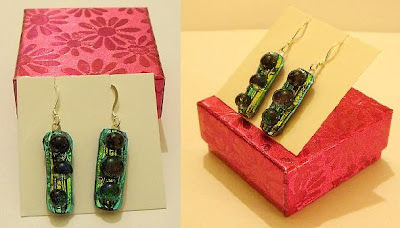 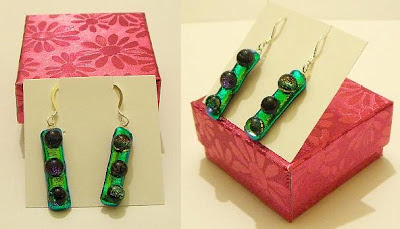 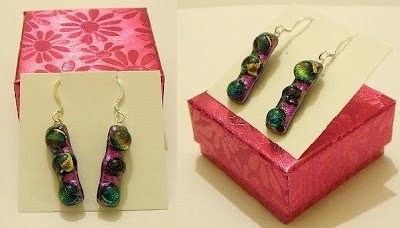 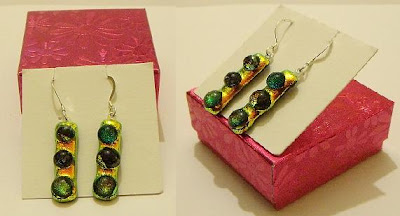 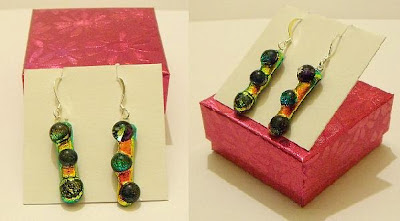 If you like these new designs so much you would like to own a pair then they are for sale at £10 per pair and until the end of March 2012 the postage is FREE. You could even have a look at my Etsy shop for more beautiful designs.

I really hope people like these new designs and you can leave comments if you want to.
Posted by Steve Smith at 18:24

Thanks for looking at my blog. Hope you come back soon. :o)